The Conference of Australian and Indonesian Youth is pleased to welcome the Jakarta Post and Speak magazine on board as a partners in 2015.

As the largest and most established English-language newspaper in Indonesia, The Jakarta Post is considered the authority on the nation for its comprehensive news and analysis in English. For more than 30 years, our readers have come to trust our independent coverage and insightful views.

Its print circulation of 85,000 covers all the major cities of Indonesia; 90 percent of its readership are subscribers and most of them are longtime readers – affluent and highly influential in their respective fields.

CAUSINDY is delighted to announce that the Australia Indonesia Centre (AIC) has once again joined the conference as a Sponsor!

Under the leadership of Director Paul Ramadge, AIC brings together leading research institutions, business and government in both nations to build stronger relationships and cultural understandings, and to create lasting impact from collaborative research. In this way, AIC seeks to drive growth in the relationship by creating a multi-stakeholder network between Australia and Indonesia that generates research excellence and high-impact relationships for the mutual benefit of both nations. This ties in with CAUSINDY’s goal of creating a platform at a young professional level to help stimulate high impact relationships across business, government and education sectors. We are also delighted that Research Director of AIC, Dr Richard Price, will be joining the conference as a speaker.

We are therefore very pleased to have an organisation of AIC’s calibre as a Sponsor for CAUSINDY 2015, and we look forward to working closely with them in Darwin in the coming days.

CAUSINDY is excited to announce that Cardno has renewed their support in conference coming on board as a minor sponsor of the 2015 conference.

Cardno’s Emerging Markets business works with a diverse range of international clients in the public and private sectors. Cardno has an impressive history of operation in Indonesia that spans three decades.

From its large corporate presence in Jakarta, Cardno manages three DFAT flagship national development programs in the law and justice, local governance and education sectors, in addition to a number of  infrastructure and water and sanitation engineering projects.

Given the breadth and depth of Cardno’s experience in Indonesia, we are very excited to have them on board again as a minor sponsor for CAUSINDY 2015.

Jarrah (@infiniteteeth) is a Balinese-Australian who attended primary school in Bali and has lived in Sydney since. He has a Bachelor of Liberal Studies with majors in English and Sanskrit, as well as Honours and Masters degrees in physics. He has written commentary on Indonesian politics for New Matilda.

His research interests include the traditional historiography of Southeast Asia, as well as the 20th century history, modern literature and regional popular music of Indonesia.

CAUSINDY is very happy to announce that Asia Options have joined the conference as a supporter this year.

We thank Asia Options for partnering with CAUSINDY and look forward to working together to give young leaders from both Indonesia and Australia the opportunity explore more about the Australian-Indonesian relationship.

UNSW is delighted to announce that its delegate for CAUSINDY 2015 is Agung Wasono. Agung will be representing UNSW at the conference in his capacity as a current student of the University.

Agung (@agungwasono) was born in Magelang, a small city in Central Java, Indonesia. His bachelor’s degree was in law. He obtained his master’s degree in Planning and Public Policy at Universitas Indonesia in Jakarta and now he is taking combined masters degree in Public Policy and Governance and Development Studies at UNSW.

Agung is the founder and the Executive Director of LANSKAP Indonesia (Institute for Economics Politics and Public Policy Analysis). The aim of this organisation is to conduct research and to provide assistance on the improvement of public policy in Indonesia especially at the local level of policy making. He also serves as a Program Manager of Democratic and State Governance Unit at Kemitraan (Indonesia-based NGO on governance reform).

During his work at Kemitraan, he has managed several programs/projects such as: budget transparency, electoral reform, political party reform, women’s representation in politics, Millennium Development Goals, and the Preparation of the Post-2015 Development Goals. He was also the National Coordinator for the monitoring of 2014 General Elections.

CAUSINDY is delighted to announce that Perhimpunan Pelajar Indonesia Australia (PPIA) – the Indonesian Students Association, Australia – along with PPIA Northern Territory, have joined the conference as a Supporter this year.

PPIA, one of the biggest Indonesian students associations in the world, was established in Canberra in 1981. It supports Indonesian students in Australia by offering a platform to expand their skills and improve their competencies while staying true to their Indonesian identity.

We thank PPIA National and PPIA NT for partnering with CAUSINDY and look forward to working together to give young leaders from both Indonesia and Australia the opportunity to shape the future of the Australian-Indonesian relationship.

CAUSINDY is delighted to announce that for the second year in a row, Charles Darwin University (CDU), a dual sector tertiary education provider, will be joining CAUSINDY as Sponsor.

CDU delivers both Higher Education (HE) and Vocational Education and Training (VET) programs, as well as undertaking research, to uphold its mandate to provide the human capital that underpins the public good and future prosperity of the Northern Territory. This mandate extends to providing a community resource to support the professional and personal aspirations of the population, providing part of the foundation underpinning the development of this part of Australia, and supporting endeavours to address complex problems facing the region.

CDU has also established itself as a sustainable tertiary education provider that is strengthened by mutually beneficial partnerships and recognised nationally and internationally for its high quality, flexible local and distance education, world-class research and focus on indigenous achievement.

We thank CDU for their support and look forward to working closely in Darwin, including a number of sessions being held on campus at CDU, in a couple of months time.

UTS:INSEARCH is the premium pathway provider to the University of Technology Sydney (UTS). It offers Academic English courses, a pre-university UTS Foundation Studies program (on behalf of UTS), and higher education programs in business, communication, design, architecture, engineering, IT and science. After completing a UTS:INSEARCH diploma, students can then fast track into the second year of a bachelor degree at UTS – depending on the course chose.
This year, the Managing Director of UTS:INSEARCH, Alex Murphy and UTS:INSEARCH Program Manager, Janet Gibson will be facilitating a workshop as part of the official CAUSINDY program.

UTS:INSEARCH has long standing ties with Indonesia and the Asia-Pacific Region. Most recently, UTS:INSEARCH partnered with Kompas Gramedia Group to establish a series of English language centres. Today, UTS:INSEARCH – GRAMEDIA English Centres offers the world-leading UTS:INSEARCH Academic English to students all over Jakarta. 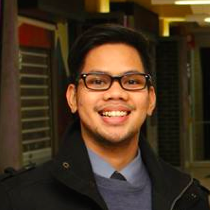 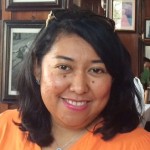