As both countries embrace technology, the business landscape changes as well. Hear directly from the experts in renewable energy, digital and agriculture what the future holds. The panel will discuss the opportunities for trade and collaboration between the two countries as a result of recent global trends and innovation.

Susie Sugden is a co-founder and Managing Director of the Paraplou Group. Together with Bede Moore, she founded Paraplou Group in founded in 2012 to support fashion brands and manufacturers to sell online in the growing Indonesian eCommerce market. Paraplou Group operates premium fashion retailer www.paraplou.com as well as end-to-end eCommerce for brands such as Havaianas, G2000 and Lee Cooper.

Susie originally hails from Tasmania, Australia, but grew up in Southeast Asia. After obtaining Economics and Law degrees from the University of Melbourne, she spent several years working in retail with the Boston Consulting Group in Australia and Indonesia. She left BCG to co-found Zalora and Lazada Indonesia in 2011, developing the full marketing capability for both retailers, which are now the two largest eCommerce players in their markets.
Susie and Bede were named Endeavor Entrepreneurs for Indonesia in 2014 for their work with Paraplou Group, becoming the first foreigners to receive the honour in that country. 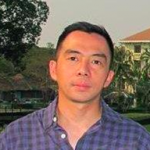 Fendi graduated from UNSW in Australia with a Bachelors of Computer Science with Honours and is a Certified expert in the field of Climate and Renewable Energy Finance. He also worked for Price Waterhouse Coopers and IBM in Australia before returning to Idonesia.

Once back in Indonesia, Fendi continued his longstanding connection with Australia by serving as the Program Officer for the 2015 Business Practicum for the Australian Consortium of In-country Indonesian Studies (ACICIS). 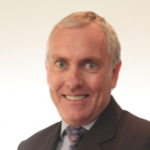 Richard is Director (Research) and Deputy Director of the Australia Indonesia Centre, an Adjunct Professor at the International Centre for Applied Climate Sciences (University of Southern Queensland) and an Adjunct Research Fellow at the Fenner School of Environment & Society (Australian National University).

Between 2003 and 2014 Richard was Managing Director of Kiri-ganai Research, heading up offices in Australia and China. Here he led international teams in the preparation of environmental policy, guidelines and regulations, including for China’s central and provincial governments. Previously he worked with Australia’s Ministry of Foreign Affairs & Trade. While at the Ministry of Primary Industries & Energy he penned the Primary Industries & Energy R&D Act which established 15 national R&D Corporations. Richard helped establish Land & Water Australia where he created and oversaw over a dozen national innovation programs.

Richard won an Australian Banksia Award for research in 2008 and in 2013 he was made a Fellow of the Australian Institute of Agricultural Science and Technology. He has sat on Boards of Cooperative Research Centres and various Non-Government Organisations.