The Northern Territory is dynamic and progressive yet it retains a friendly relaxed pace that has made it such a popular destination for visitors and a great place to live. The population is the nation’s youngest, at a median age of just 31.3 years, but also the smallest with just over 235 000 people living and working in this vast expanse of land. Northern Territorians are typically vibrant, happy, outdoor-loving people who know how to enjoy life.

Throughout the Northern Territory Indigenous people, represent a quarter of the population and have a strong influence on the region’s culture.

The Northern Territory is over 1.42 million square kilometres in size and represents one fifth of Australia’s total land mass with climatic zones ranging from monsoonal tropics across the ‘Top End’ to the arid red-ochre deserts of Central Australia including the Tanami, Great Sandy and Simpson Deserts.

The Northern Territory’s vibrant economic growth and a raft of multi-million and multi-billion dollar developments position the region as one of Australia’s fastest-growing, with a prosperous future.

Established in 1946, The Australian National University is one of Australia’s leading research and teaching universities.

The ANU College of Asia and the Pacific houses a remarkable assembly of scholars and resources devoted to the study of Australia’s neighbourhood. Dedicated to outstanding research and education, the College is a centre for Australia’s intellectual engagement and scholarly dialogue with the societies, worlds of thought, economies and cultures of Asia and the Pacific, including Indonesia.

Through the Indonesia Project, it analyses recent economic developments in Indonesia; informs Australian governments, business, and the wider community about those developments; and stimulates research on Indonesia. The College teaches Indonesian culture, history and language through the Island Southeast Asia Centre, which also gives students in-country experience in Indonesia through the year in Asia program.

The Australia Awards is a prestigious international scholarship program funded by the Australian government, offering the next generation of global leaders an opportunity to undertake study, research and professional development in Australia. The awards program aims to contribute to the long term development needs of Australia’s partner countries, in line with bilateral and regional agreements.

In 2012, the Australian government invested $334.2 million in Australia Awards, enabling 4,900 recipients from more than 145 countries to study at Australian universities. The government has been supporting international scholarships for 60 years, beginning with the Colombo Plan in the 1950s. Since then, more than 100,000 people have benefited from these scholarships. 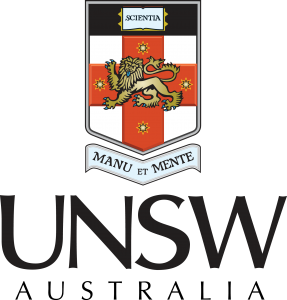 UNSW Australia is one of the country’s leading research and teaching universities. Established in 1949, it is ranked among the top 50 universities in the world, renowned for the quality of its graduates and its world class research.

UNSW is a founding member of the Group of Eight, a coalition of Australia’s leading research-intensive universities, and of the prestigious international network Universitas 21. With more than 50,000 students from over 120 countries, it is one of Australia’s most cosmopolitan universities.

The main UNSW campus is located on a 38-hectare site at Kensington, seven kilometres from the centre of Sydney. Other major campuses are the Art & Design campus in the Sydney suburb of Paddington and UNSW Canberra at the Australia Defence Force Academy.

RMIT is a global university of technology and design and one of Australia’s original tertiary institutions.

The University enjoys an international reputation for excellence in professional and vocational education and outcome-oriented research.

RMIT is a leader in engineering, accounting and finance, computer science and information systems, communication and media studies, psychology, education, law and economics.

The University of Sydney is Australia’s oldest university and member of the prestigious Group of Eight. With over 250 academics working on and in Southeast Asia, SSEAC has one of the highest concentrations of regional expertise in the world.

As Australia’s premier centre of interdisciplinary academic excellence on Southeast Asia, SSEAC forges an innovative and engaged approach to the region that reflects its rich diversity and challenging problems, an outlook which CAUSINDY shares when it comes to the relationship between Australia and Indonesia.

UTS:INSEARCH is the premium pathway provider to the University of Technology Sydney (UTS). It offers Academic English courses, a pre-university UTS Foundation Studies program (on behalf of UTS), and higher education programs in business, communication, design, architecture, engineering, IT and science. After completing a UTS:INSEARCH diploma, students can then fast track into the second year of a bachelor degree at UTS – depending on the course chose.

UTS:INSEARCH has long standing ties with Indonesia and the Asia-Pacific Region. Most recently, UTS:INSEARCH partnered with Kompass Gramedia Group to establish a series of English language centres. Today, UTS:INSEARCH – GRAMEDIA English Centres offers the world-leading UTS:INSEARCH Academic English to students all over Jakarta.

The Australia-Indonesia Institute, or AII, provides a focus for the collection, exchange and dissemination of information in relation to the ways in which relations between Australia and Indonesia could be encouraged, strengthened and developed. Established in 1989, the AII works within the Department of Foreign Affairs and Trade to make recommendations about the broadening of Australia’s knowledge and experience of Indonesia through cultural, sports, and exchange programs in both countries.

Charles Darwin University, based in Darwin, delivers both Higher Education (HE) and Vocational Education and Training (VET) programs, as well as undertaking research. A member of the 7 Innovative Research Universities, CDU is recognised nationally and internationally for its high quality, flexible local and distance education, world-class research and focus on indigenous achievement.

The Australian Embassy in Jakarta is Australia’s largest overseas diplomatic mission and is led by Ambassador Paul Grigson. 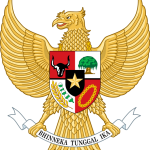 Asialink is Australia’s leading centre for the promotion of public understanding of the countries of Asia and of Australia’s role in the region. The organisation is a key provider of information, training and professional networks since its establishment at the University of Melbourne in 1990. 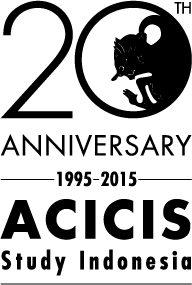 The Australian Consortium for In-Country Indonesian Studies, or ACICIS, is a non-profit national education consortium charged with developing and coordinating high-quality, semester-long study programs for Australian students at Indonesian partner universities. Since its foundation in 1994, ACICIS has sent almost 2,000 participants to universities around Indonesia, including Universitas Gadjah Mada in Yogyakarta, Universitas Muhammadiyah in Malang, and Universitas Parahyangan in Bandung. Before its inception, virtually no Australian student had undertaken semester-long study in Indonesia for credit at their own institution in Australia. In 2015, ACICIS will celebrate their 20th anniversary, with events planned across Australia and Indonesia to mark the occasion.

Cardno’s International Development business works with a diverse range of international clients in the public and private sectors. Cardno has an impressive history of operation in Indonesia that spans three decades. From its large corporate presence in Jakarta, Cardno manages Australian Government’s flagship national development aid programs in the law and justice and education sectors, in addition to a number of infrastructure and water and sanitation engineering projects.

PPIA, one of the biggest Indonesian students associations in the world, was established in Canberra in 1981. It supports Indonesian students in Australia by  offering a platform to expand their skills and improve their competencies while staying true to their Indonesian identity.

The award-winning monthly magazine discusses pop culture, inspiring stories of young people, lifestyle trends and much more in empowering the youth of Indonesia. SPEAK! has made its mark as the nation’s best English-language teen magazine and it stands as an ideal forum to reach Indonesia’s younger generation as they seek to enhance their English-language skills.
With the total circulation of 25,000 copies, the magazines can be found in Gramedia and other leading bookstores and also distributed in modern lifestyle outlets as well as in schools.