The Australia-Indonesia relationship has been at the coalface of some of the most challenging issues in the world today. This engaging and informative session with some of the two countries leading political commentators will examine the domestic politics at play in both Australia and Indonesia and examine how these issues have shaped foreign policy in the last year. 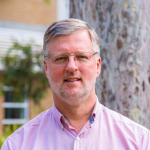 Greg Fealy is Associate Professor and Department Head of the Coral Bell School of Asia Pacific at ANU. He is also a visiting Professor in Indonesian Politics at John Hopkins School of Advanced International Studies, Washington DC; Lecturer in Southeast Asian History, Monash University; an Indonesia analyst for the Australian government; and a consultant on Indonesian civil society, election and Islamic education programs.

He has completed a PhD thesis on the traditionalist Muslim party, Nahdlatul Ulama, and has conducted extensive research on terrorism, transnational Islamist movements and religious commodification in Indonesia and Southeast Asia. Greg has also written many key publications including ‘The Legacy of Soeharto’s New Order: Essays in Honour of Harold Crouch’ (co-edited with Edward Aspinall), and Expressing Islam: Islamic Life and Politics in Indonesia (co-edited with Sally White). 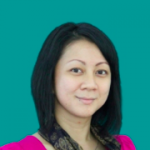 Shafiah F Muhibat has been part of CSIS’ research team in the Department of International Relations since 2000, where she has done and taken part in extensive research projects on politics and regional security in Southeast Asia and the Asia Pacific. She has special interest in issues of regional security cooperation and maritime security.

She is currently the Chief Editor of The Indonesian Quarterly, a quarterly academic journal published by CSIS.
She obtained a Masters degree from the London School of Economics and Political Science (LSE), and a PhD in Political Science from the University of Hamburg with full scholarship from the German Academic Exchange Service.

Her latest publication is Evolving Approaches to Regional Security Cooperation: A conceptual analysis of cooperative security with illustrations of practices in East Asia (Baden-baden: Nomos Publishers, 2013). 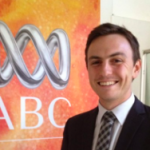 James Oaten is a cross media reporter for ABC News in Darwin. He moved to the Top End after spending more than three-years with the ABC’s Asia Pacific News Centre in Melbourne, working as a television and radio reporter, producer and presenter. He has filed for various ABC news outlets, including The World, AM, The World Today, 730 Victoria and News Breakfast. He was formerly a reporter with WIN News in Albury, and a content maker at SBS. 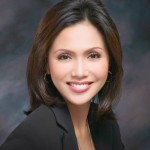 News anchor for metro TV’s daily prime time show, Trending Topic and a weekly English news program, Indonesia Now. Andini am also an international affairs correspondent. Her coverage experience includes Thailand conflict, the Libyan war, 2012 US election, and Syrian refugees in Iraq. She hold a master degree in global affairs, concentrating in peacemaking and peacebuilding. She has also produced a short documentary called “peace it forward” that focuses on peacebuilding approach through arts and sports in Sri Lanka and Timor Leste. 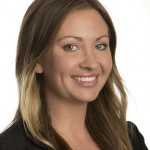 Helen Davidson is Guardian Australia’s Northern Territory correspondent, covering breaking news, politics, Indigenous affairs and regional issues.
She has reported from across the country for the Guardian since its Australian launch in 2013, including the fallout of the Australian-Indonesian spying revelations, Bali 9, the Sydney siege, and Australia’s controversial asylum seeker policies. She has also liveblogged numerous major world news events. Helen was previously a journalist for SBS and News Corp where she covered the rebuilding efforts in Japan after the 2011 earthquake and tsunami.