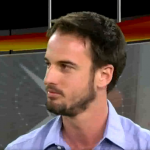 Bede Moore is an Australian entrepreneur living and working in Indonesia. Bede is a founder of Paraplou, a logistics and e-commerce support services company operating in Indonesia. Previously, Bede co-founded, and worked as Managing Director of the Indonesian e-commerce company, Lazada.co.id, and served as a Senior Associate in the Boston Consulting Group’s Jakarta and Melbourne offices.

He has been living and working in Jakarta since 2011, where he has been fortunate to witness the growth and development of Indonesia first hand. As a student, Bede studied Indonesian history, receiving his BA from Harvard and then an MPhil from Leiden university, where he received honours for his research focusing on the relationship between Australia and Indonesia during the struggle for Indonesian independence.

Bede has written extensively on Asian politics, business and history in various publications such as The Jakarta Globe, Crikey!, the Harvard International Review and ABC News. As both a student of, and contributor to, the Australia-Indonesia relationship, Bede is committed to helping young people from both countries to enjoy similar experiences. 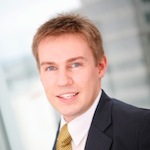 Chris is an entrepreneur and strategy consultant based in Manila, Philippines and currently building a business that will better connect premium Australian food and beverage products to markets in Southeast Asia. He also hosts a Tagalog language internet TV cooking program: Maputing Cooking

Chris previously worked as a Manager in the Commonwealth Bank’s Group Strategy team and as a consultant with the Boston Consulting Group in Chris developed a lasting connection to Southeast Asia as a high school student at the Jakarta International School.

He took B. Ec / B. Asian Studies at ANU including study at the Gadjah Mada University in Yogyakarta, the Muhammadiyah University of Malang and the University of Asia and the Pacific in Manila, as well as an exchange to the National University of Singapore to study business and economics in Asia. Chris is fluent in Indonesian and Filipino.