The final session for the conference will be a “gloves-off” “no holds barred” analysis of the bilateral relationship as it stands today, with the opinions and projections from speakers who span the breadth of the relationship. The session will examine the current landscape and make informed suggestions about how the relationship can be strengthened from a people-to-people, business-to-business and government-to- government perspective. 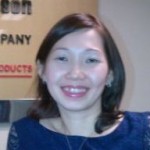 Catherine Patinah has had an international career in finance, with 17 years spent studying and working across Australasia. Covering multiple sectors including beauty care, snacks, pet foods, insecticides and home care, she is known for her strong leadership and competitive drive. As a coach and manager she has transformed the careers of many others, resulting in strong business partnerships and multifunctional teams. Educated in both Australia and Indonesia, Catherine is a driving force in the bilateral relationship. 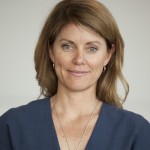 Tracey Hayes is the CEO of the Northern Territory Cattlemen’s Association, a not-for-profit organisation that heads up the billion dollar Northern Territory Cattle Industry. Tracey has qualifications in Rangeland Management, Agri-Business and Business Management. She owns a successful equipment hire business and has over 25 years’ experience in beef production and land management.

Kate was posted to the Australian Embassy in Jakarta between 2006-2011, as the Counsellor for Customs and Border Protection. During this time, Kate formed new working relationships with both Indonesian Government Ministries and local community members.

Kate holds a Masters Degree from the University of New South Wales.

Allan Clarke is a Muruwari man who grew up in the small town of Bourke in Western NSW. Allan is currently BuzzFeed Australia’s National Indigenous Affairs reporter, travelling the country and filing a range of stories on Aboriginal and Torres Strait Islander affairs. Before joining the BuzzFeed team, Allan was the western Sydney reporter for ABC News filing for television, radio and online.

Prior to working at the ABC, Allan spent seven years as a video journalist at SBS Television’s current affairs department, where he was a senior reporter on the station’s flagship Indigenous news and current affairs programme Living Black, travelling as a solo video journalist and filing investigative pieces. Allan is also a co-host on the NITV program Around the Traps.